Female protagonists take centre stage in all my work. I’m particularly interested in the intersection of power, sex and gender roles. 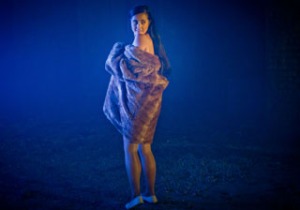 Currently, she is working on: 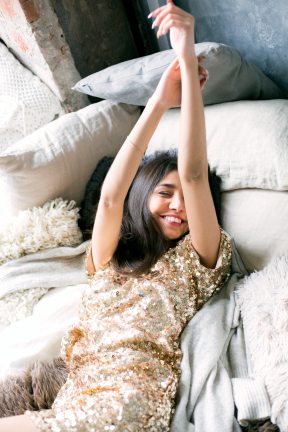 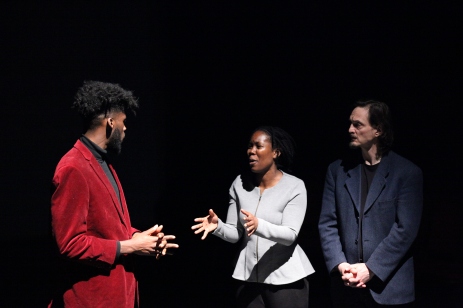 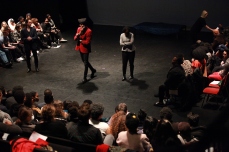 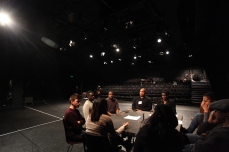 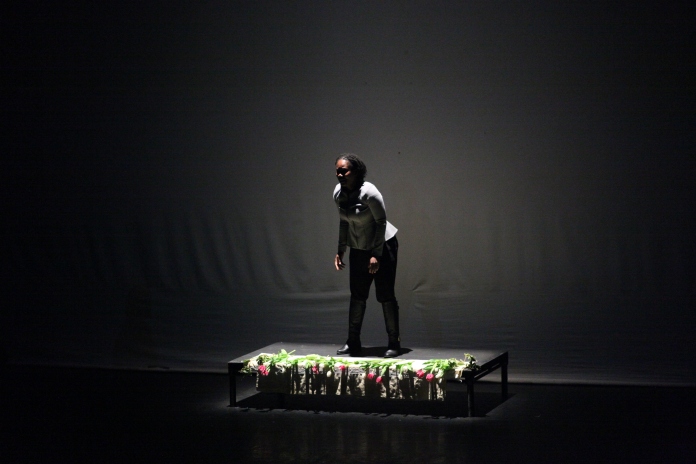 Cage (Directed by Tian Glasgow)  (Barbican Labs, Rich Mix, Bernie Grant) is an immersive piece exploring empathy and race. This game show format explores the role of art in racial politics and how empathy can be used as a force for social change. 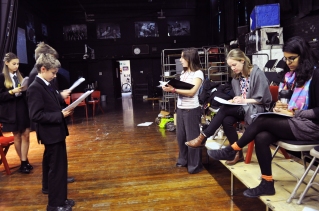 Sharmila also teaches theatre workshops and work with TiE. Most recently she was commissioned by the Migration Museum and Tamasha theatre for Corelli College, London called Nothing to Declare: exploration objects and trans-generational migration. 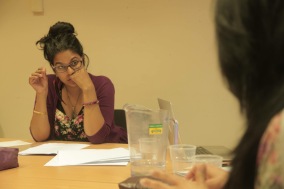 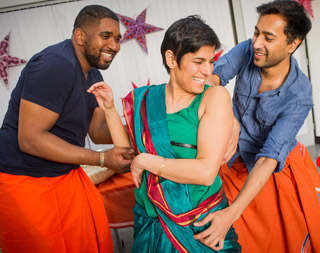 Not Today’s Yesterday (with Seeta Patel)

This work aims to open up conversation through a clever appropriation of whitewashed histories and give a voice back to lost histories and communities.
Not Today’s Yesterday offers audiences a chance to engage in the most important geo-political conversation of this decade. 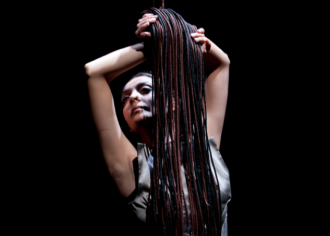 “An exceptional piece of political theatre that speaks volumes without a word being said on the stage” https://afronalysis.com/2017/04/19/review-not-todays-yesterday-the-lowry/

★★★★★ – “Not Today’s Yesterday is a poised and thoughtful work and a spectacular performance” http://broadwaybaby.com/shows/not-todays-yesterday/724811

★★★★★ – “This is outstanding, innovative, must-see dance”https://amp.adelaidenow.com.au/entertainment/adelaide-fringe/other-event…

Amidst female infanticide and decreasing girl population in India, the fictional community of Shaktipur returns to ancient systems of matriarchy and polyandry. The story follows Aya, head of this matriarchal village, on the morning of her third wedding — as she makes a discovery that could destroy everything she has built.

“There’s a hint of Margaret Atwood in Chauhan’s fictional world, and a great deal of the intractable issues that gnaw away at feminists. …” Maddy Costa, Guardian 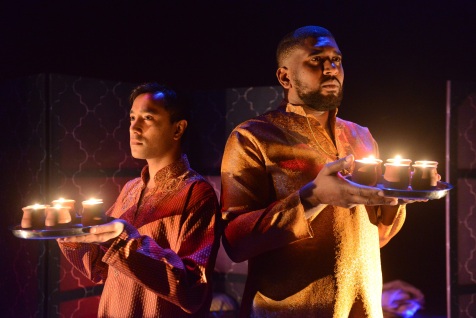 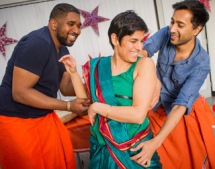 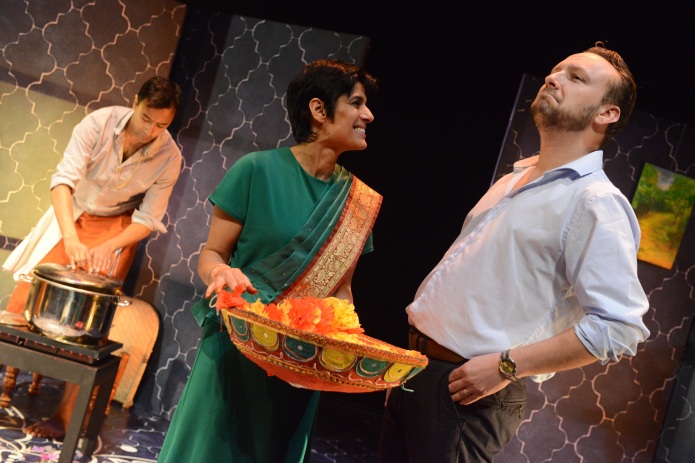 10 women explore their relationships with their bodies. 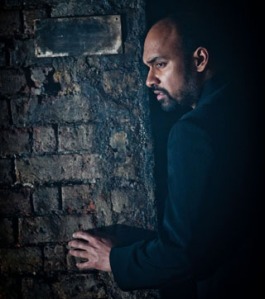 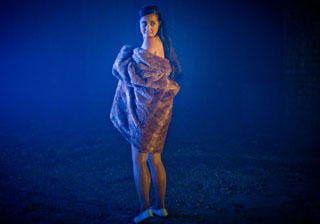 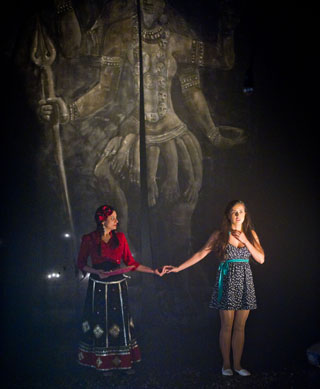 In a city of transition and tradition, three liars, two lovers and a reluctant leader all desperately search for truth. As Mumbai burns, Purnjanam questions destiny, love and power, asking what must be destroyed for something new to be created.

Shocked and moved by true stories of honour killings of young women in the UK where on average 12 such killings occur each year, twelve writers have collaborated to create a moving and poignant theatre event that celebrates and gives voice to these lost lives.

A picnic hamper, a thermos of tea and some dolly mixture: Mother and Daughter are lost on a foggy heath searching for the Prodigal Son. As the mist thickens and grievances are aired,misconceptions become the map that guides them.

Brand new work by four of the UK’s most exciting writers created exclusively for the Women Centre Stage Festival.

A fantastic insight into the next generation of leading female protagonists by award-winning writers-to-watch Charlotte Josephine, Matilda Ibini, Sharmila Chauhan and Luke Barnes.

Exploring the birth of the ‘modern’ sari as a representation of female emancipation; Shakti and Seva explores the relationship between society’s ‘good girl’ and her sexually free, autonomous sister.

A three generation story about the Ugandan exodus to the UK.